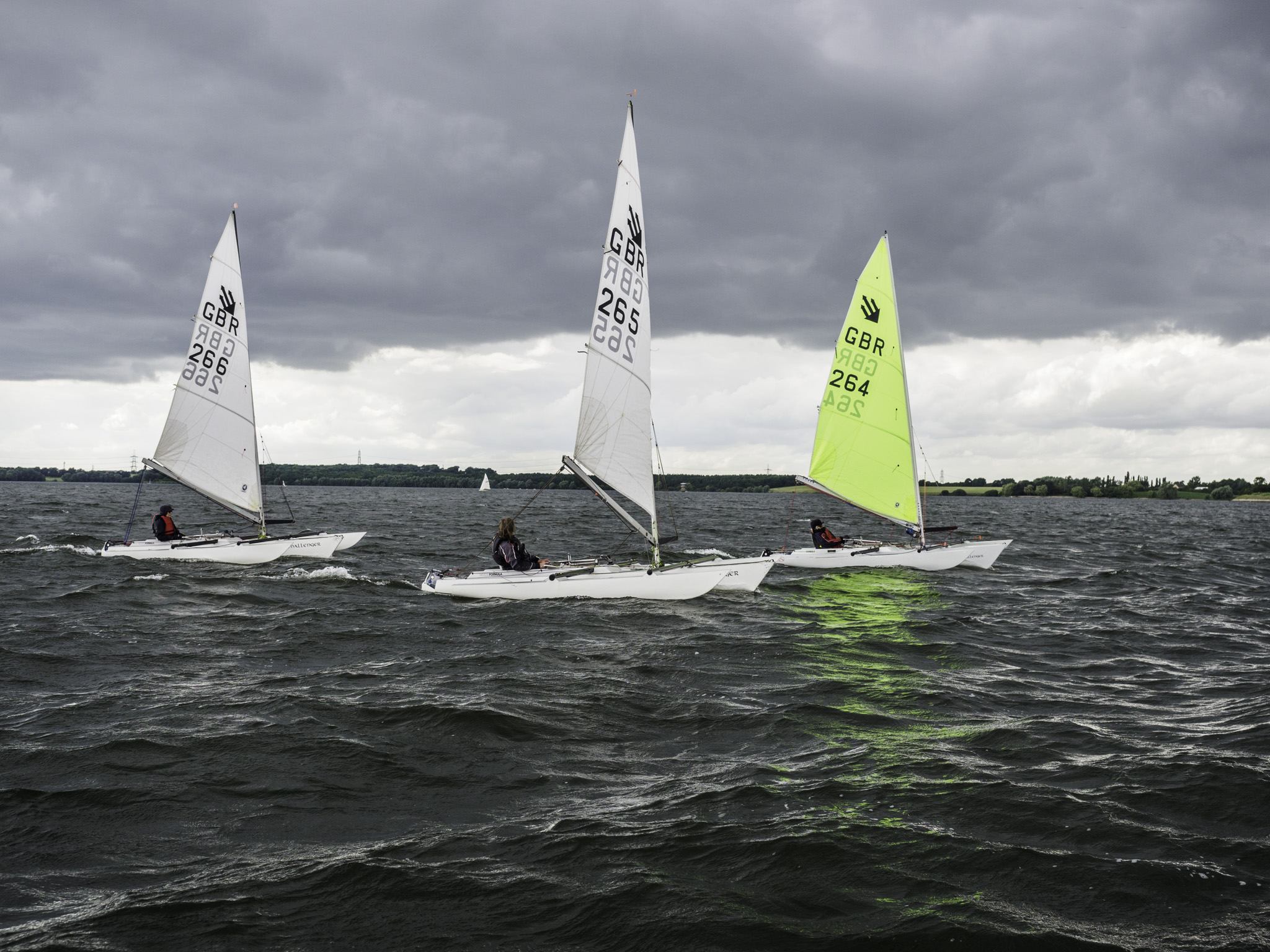 Grafham Water Sailability hosted the Challenger Association English National Championship at Grafham over the weekend of 24th and 25th of June 2017. With perfect winds touching 18 knotts the nineteen competing Challengers had one of their most enjoyable regattas. Over six races the overall 1st was Val Millward from Rutland and Grafham’s Pauline Shaw was top home boat with a very creditable 4th.

This article was posted in Grafham Events.
This site uses cookies More info