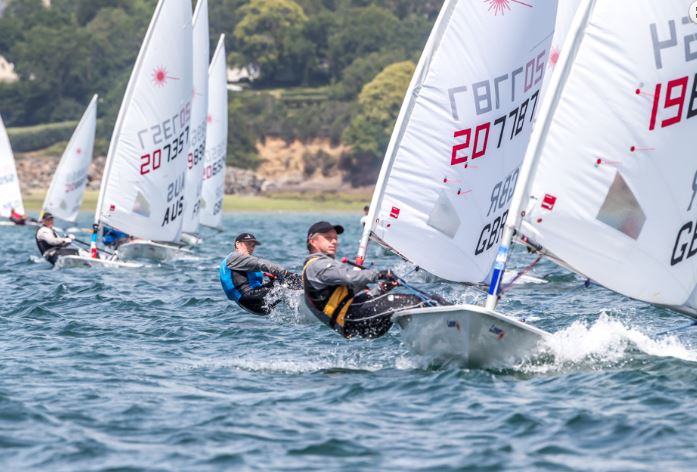 The Europeans were held in France on the coast of Brittany. The Lasers are divided into standard and radial fleets and then into age groups within the fleets. The Fleets had 10 races over 5 days in a mixture of winds. British Sailors did well throughout including the three entrants from Grafham.

The Radial group winners were Jon Emmett, Ian Jones, Steve Cockerill and our very own Mike Kinnear who was first GGM and 22nd overall in a very competitive fleet of nearly 100 boats, well done.