Youth and Experience on Wednesday Evenings 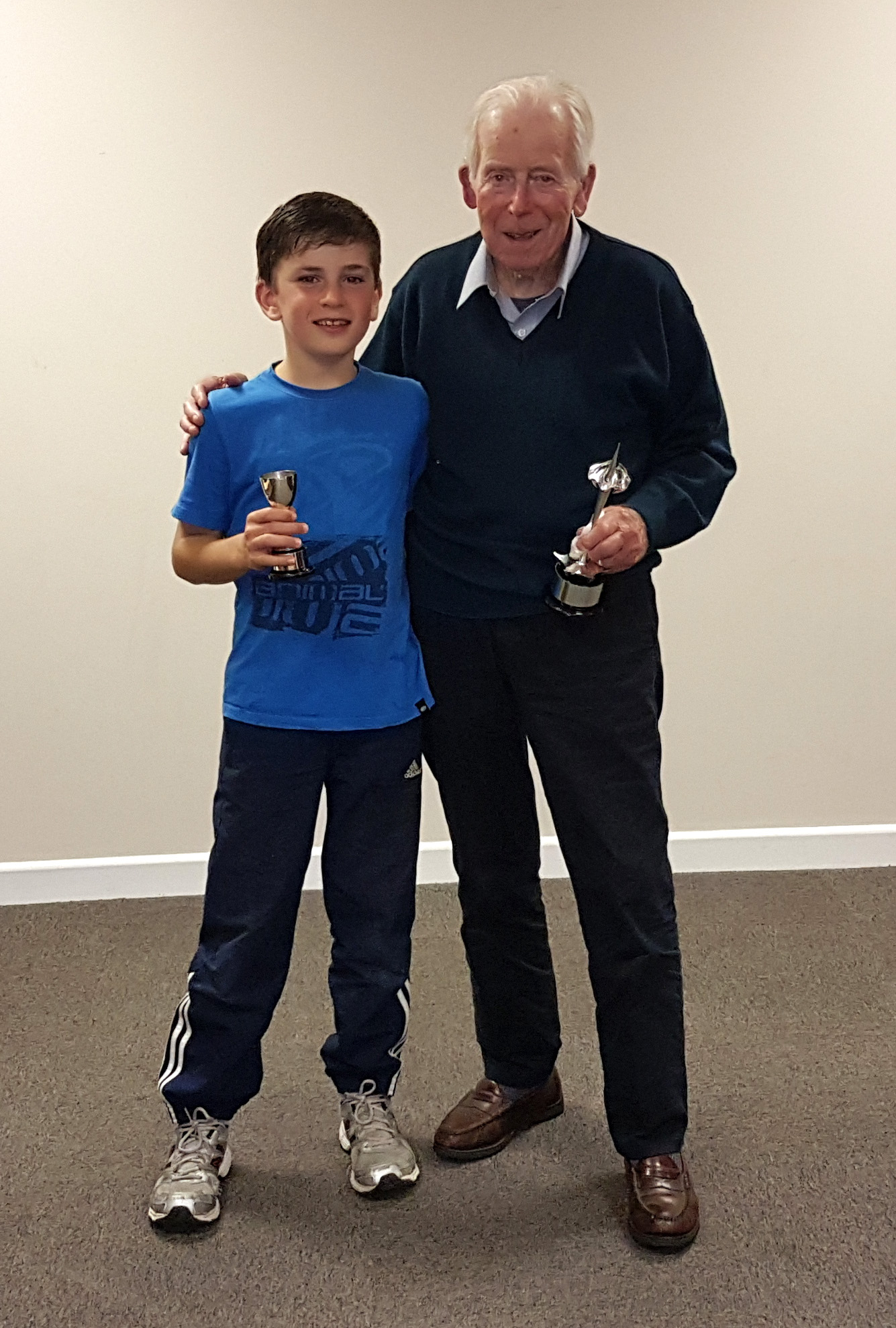 Winners of the 2016 Wednesday Generation Trophies

This year saw an innovation at the annual Wednesday evening series prizegiving. In addition to prizes for the three starts (see full results here), additional trophies were awarded to the youngest and the oldest competitor that raced during the year. There were 88 years separating the two; the youngest (Alexander Maclay) was 11 so there are no awards for guessing the age of the oldest. Well done to Alexander and to John Clifton: we hope to see them both back next year.

Meanwhile, with apologies to Lewis Carroll

“You are old, Mr Clifton,” the young man did quote,
“And your hair has become very white;
And yet you incessantly hike from your boat —
Do you think, at your age, it is right?”

“In my youth,” the ancient replied to the kid,
“I feared it might injure the brain;
But if you’d survived for as long as I did,
You’d do it again and again.”