Prelude to ’66 – Birth of a Sailing Club 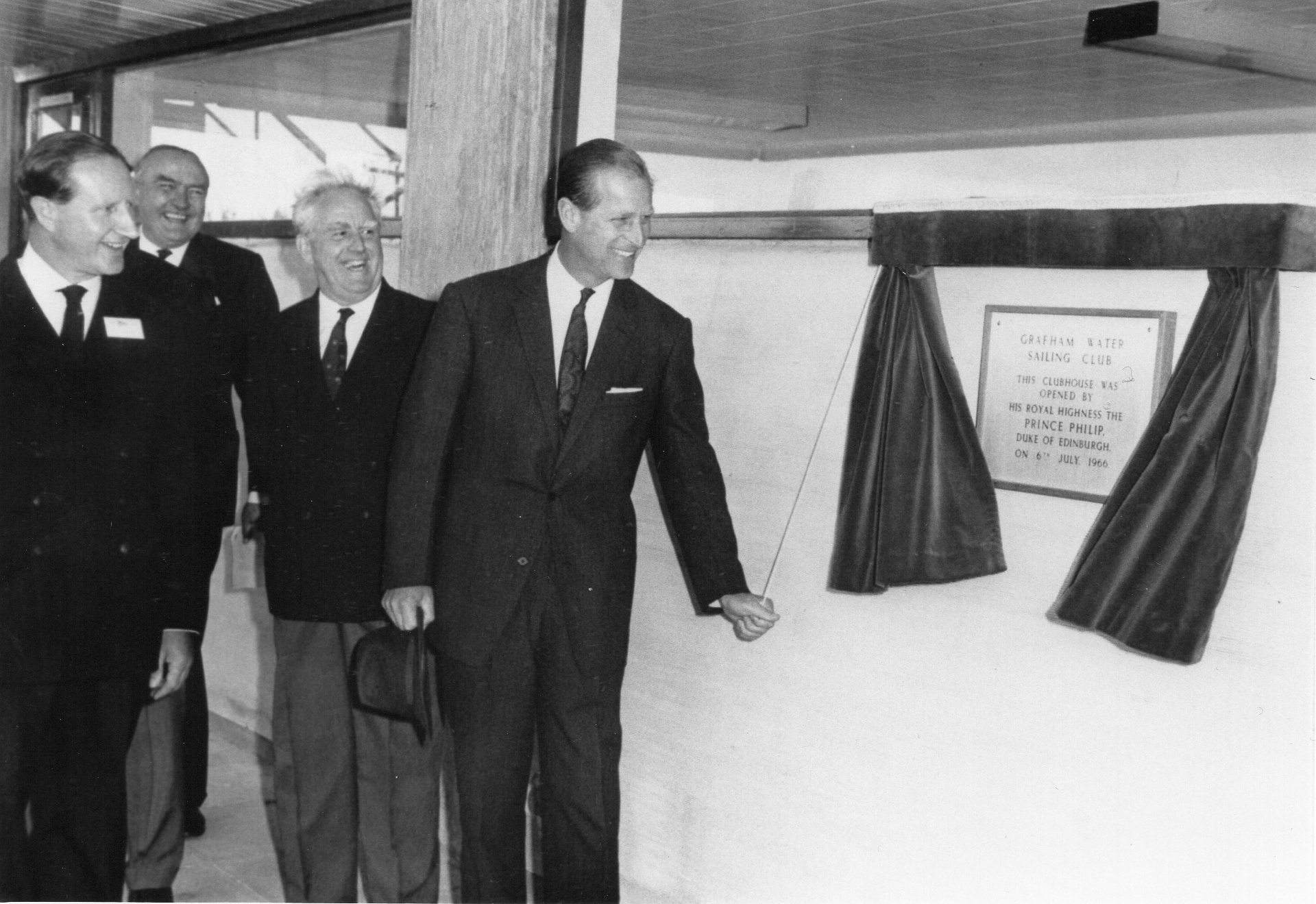 Grafham Water Sailing Club came about partly as a result of unprecedented interest amongst the sailing community in exploiting this new expanse of water and partly because the Water Authority was itself committed to realizing the reservoir’s recreational potential. The Water Authority planned to construct a purpose-built club house with all the sailing facilities and equipment that would be needed to host a large resident membership, as well as major national championship events. All this was to be ready for a grand opening in 1966. It took four years to reach that point – and, of course, there was no formally-constituted club to help steer the planning process!

Pitsford Sailing Club was approached for advice and a small committee was formed from that club, with input from other sailing clubs in the area. Their brief was to create a distinctive and prestigious design for the buildings that would set the club apart from comparable facilities elsewhere. It so happened that one of the committee was an architect with contacts in a top London practice: maybe, even further up-market than the architects retained by the Water Authority. It now becomes a little clearer how the design for our clubhouse was arrived at!

Two or three members of this initial committee were Flying Fifteen sailors who often raced with Uffa Fox at Cowes, using the Corinthian Club as their base. The Corinthian clubhouse is built on a small cliff, with entry from the road at first floor level, where the changing rooms are situated. There is then just one flight of stairs to a very nice club room, together with offices, all overlooking the water. The Coxswains’ stores and boats are located on the ground floor, making for a very practical layout.

This line of thinking was passed on to the architect. Unfortunately, the Grafham site is flat – hence the number of stairways that must be negotiated to get anywhere. Nor had anyone thought about the needs of disabled visitors at this time. So perhaps this is where things began to go a little wrong.

The plans presented by the architects included flights of steps on either side, rather like the bridge of a ship, and the structure was topped off by a large false funnel (housing water tanks), making the building appear like a ship sailing towards the water. On paper, this looked rather good – except that the kitchen and a small office for the secretary were located on the ground floor, with the club room on the top. Noone thought about a wet bar and no facilties were provided for the Coxswains.

Initially, the membership target was 1000 and those interested in possible membership were invited to sign up to the embryonic club (as non-sailing members!) for £1.00. In the event, applications vastly exceeded this target and, by the time the club opened, we had a full list of 1000 and a waiting list of 500 (Happy Days – ed), the great majority of whom were new to sailing.

It soon became apparent that the clubhouse was not functioning quite as intended. There was no wet bar, so food was served from the kitchen through a window on the west side of the clubhouse. The Secretary’s room was too small and there was nowhere for the Coxswain. However, despite these difficulties, much work had gone into organising sailing classes, safety boats and all the other accoutrements of a successful sailing club. All this was hugely important, not least because we were scheduled to hold the Olympic trials in our first season.

Drastic action was needed to cope with the problems: it was decided to increase membership to 1500 – quickly filled, but still with a large waiting list. The building was extended lakewards on all three floors, creating the wet bar on the ground floor, expanding the changing rooms and club room and improving the office accommodation beyond recognition. The Coxswain got his own shed to house him, his gear and the club’s two dories (for 1500 members!) A Committee Boat came later. (We’ll try to document separately the evolution of the safety boat fleet – ed)

These first years were hectic: the club got through  four paid secretaries in the first five years – and the pressure on volunteers was scarcely less demanding. It is thanks to their unremitting efforts that we are able to enjoy one of the best-run sailing clubs in the country, boasting facilities that, though dated and ‘tired’ in some areas, are still the envy of many smaller, less well-endowed clubs.

Let’s all play our part to ensure that, fifty years on, our inheritors can look back with similar pride on what we have achieved!.

Back to Gallery Index