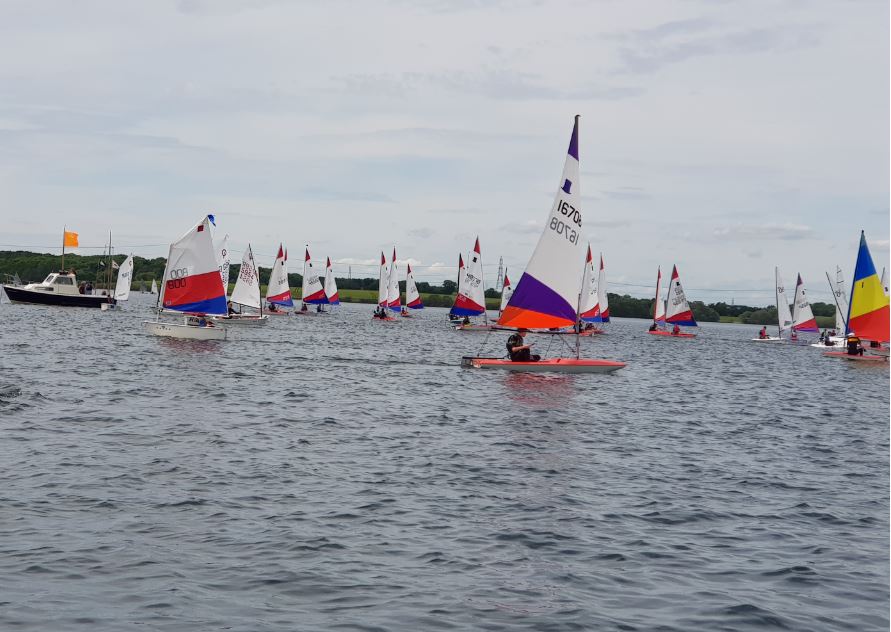 The first event in the 2019 Cambridgeshire Youth League took place at Grafham on Saturday 1st June. In fact it should have been the second event but bad weather caused the first, at Cam SC to be postponed and that is now scheduled for Saturday 8th June.

with Grafham’s James Clarke second in a Topper.

The full results can be found here.

The remaining events after Cam SC on 8th June are: 13th July at Ely, 7th September at Hunts and 12th October at Paxton