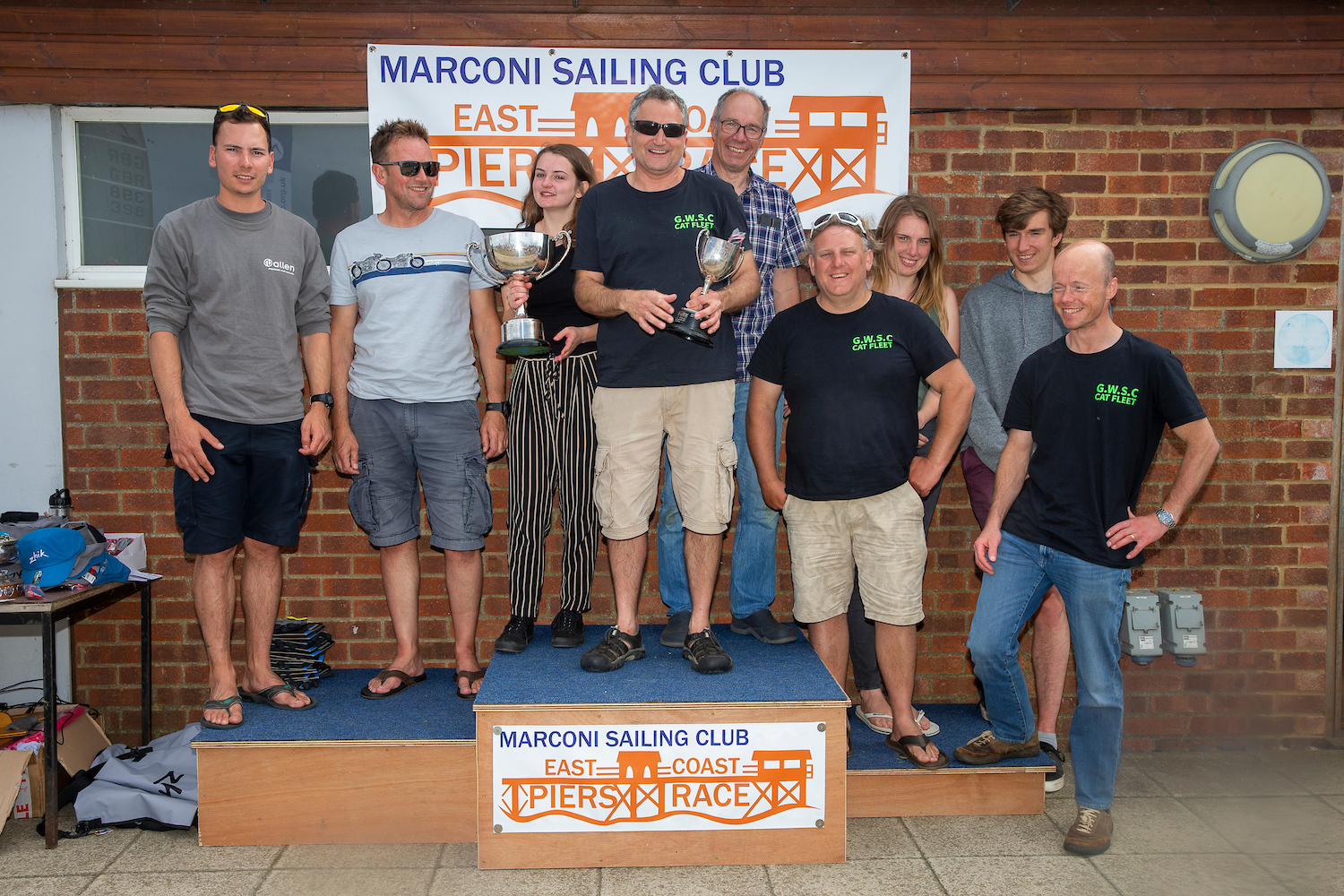 Grafham sailors have been celebrating success around the country this summer.

Well done to the Grafham Cat Fleet who won the team trophy at the East Coast Piers Race at Marconi SC on 6th and 7th July .

Following his win last year in the 2018 RS600 Inland Championships held here at Grafham, Dave Goudie continues to be successful now he has swapped the RS600 for a Solo. He won the 2019 Vintage Solo championships at Leigh on Sea, for Solos over 20 years old.

Continuing Success for Jonathan Bailey in the RS Aero 5

Well done to all the Grafham members who competed in the NSSA National Youth Regatta at Weymouth and Portland National Sailing Academy, which ended on 26th July, and saw successes for several of our young sailors.

Will Smith and Ollie Dwight won the Fast Handicap fleet in an F18, counting five firsts and two second places, with Abi Carke and Maddy Kirk coming second in a Nacra 15. Will and Ollie also won the All-comers Pursuit Race, with Kimbolton School SA sailors Michael Dyer and Sam Dyer second in a 29er.

Team Grafham continue their success in the Cambridgeshire Youth League. After two events, the team is in first place with Archie McEwan in 1st place in the individual competition.

The first event, at Grafham in April was won by Jonathan Bailey, with James Clarke in second and Alexander Maclay 7th. In the second event at Ely SC, Archie McEwan was second, with Owen Pope in 7th and Poppy McEwan 11th. We wish the whole team luck in the final two events, at Hunts SC on 7th September and Paxton on 12th October.

If you have a success story to share, please send it it.

Warning if you are trailing a boat through Europe

Last year, a Grafham sailor was trailing his boat back from a championship and stopped for a coffee at the service area on the A26 about 50km from Calais. When he returned to his boat he noticed a cut in the cover and inside were several stowaways. They ran away but obviously this was scary for the whole family, particularly as they had a knife. The rest areas on the northern A26 towards Calais are all closed but migrants are haunting the car parks and slipways at service areas so be vigilant if you stop, and if possible stop as far away from Calais as you can.