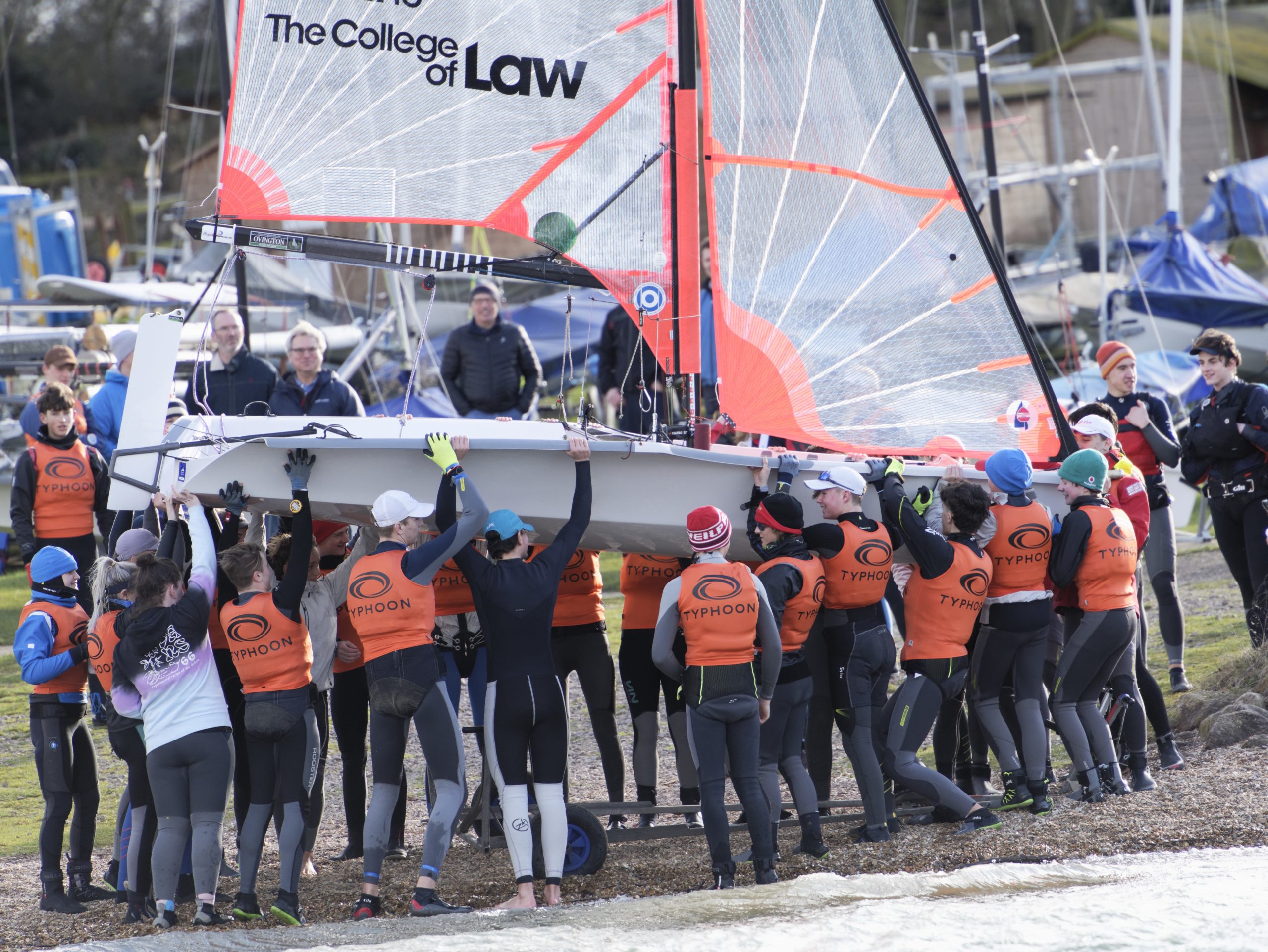 Under the orange flag – the 29er Winters

Although the weather forecast was not encouraging with gales forecast for Saturday and tricky light winds for Sunday, the Class Association was keen to go ahead.  So three months of planning, emails, WhatsApp  and phone calls were not wasted and the team swung into action… well sort of.

Saturday was extremely windy, hovering in the mid 20kt range with white horses creaming down the lake from the west. A two hour postponement was extended into three hours, but there were signs of lulls appearing. One of these encouraged the race management team to head out in the hopes that a race could be sailed in the attractive looking 18-19kt. The course was laid and the fleet was about to launch when the lull disappeared and the wind leapt to 30-35kt.

Getting the team ashore was not easy, especially for the Committee boat which rolled furiously in the waves. The RO wisely gave the driving role to Andrew Lawman. With wind and waves at 90 degrees to the jetties, and the waves breaking over the top of them it took three goes to get the boat in and safe. The loss of the day, though expected now heaped lots of pressure on Sunday, and as the class rep. said…”it’s going to be all about the race management…”.

Sunday gave us sunshine and initially 4-5kt, but that was enough to race in. During the day five races were fitted for the 48 boats. The wind increased through the day, becoming a most pleasant 10-12kt. There was all the usual drama of big shifts to deal with, 30 degrees one way, then back again for the next race, then the other way. Much shifting of marks and the start line took place but the 29er mark layers were very quick and delays minimal. It all created plenty of activity in the committee boat, but the timekeeper kept everything in order, the postponements and odd general recall were smoothly dealt with.  The starts were amazing; this fleet know how to nail the line.  Finishing was often interesting with several boats overlapped on the line, but the recording teams scattered about the boat managed to untangle it all, and there were no scoring queries.

This was another very successful event and maintained Grafham’s high reputation for quality race management , something the class kindly pointed out afterwards.