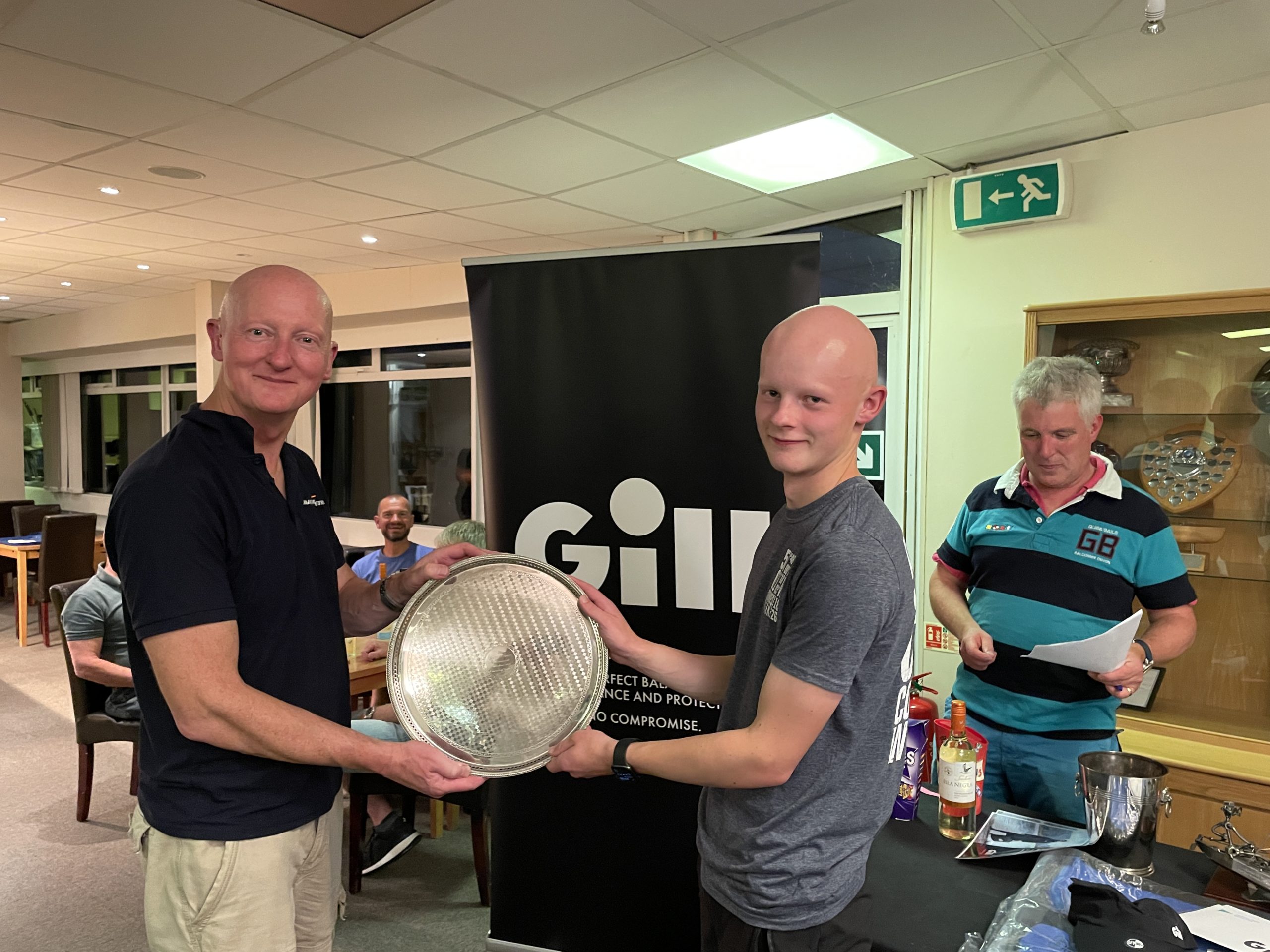 The Wednesday Evening Series, sponsored by Gill Marine, finished on 31st August and was rounded off by a Pursuit Race followed by the Prizegiving dinner on 7th September. The prizes for the series, generously donated by club sponsors Gill Marine, were presented by Rear Commodore Mark Rushton.

The pursuit race was won by David and Sam Bevan sailing a Wayfarer, with Alisdair James second and Ewan Birkin-Walls third, both sailing Solos.

The overall Wednesday Evening series was won by Jon Sweet and Matt Harrington sailing a Formula 18, with Neil Washington second in a D-Zero and Dave Maclay third in a Laser. A total of 132 boats took part over the course of the summer with a total of 21 races sailed.

All the results can be seen here.

The Fast Handicap fleet was won by Peter and James Curtis in an RS500. Jon Sweet and Matt Harrington came second and John Reynolds and David Marchant, sailing a 4000, were third.