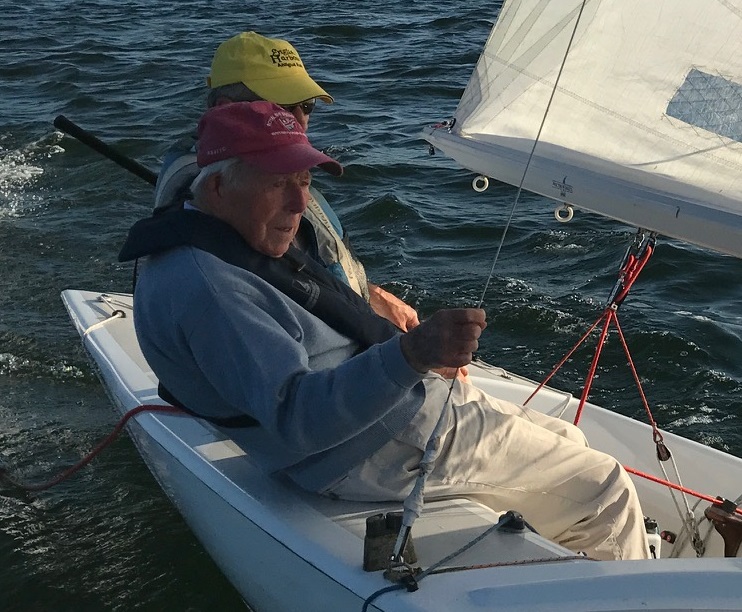 It is with sadness that I report the death of John Clifton, friend and Flying Fifteen afficionado at Grafham for so many years. John was a founder member of the club and we owe him a huge debt of gratitude for his energy and enthusiasm in helping to establish Grafham Water Sailing Club as the premier inland venue that it has become. John was active into his second century, competing in the Wednesday evening series – for which he had great personal enthusiasm – in his hundredth year and, until very recently, racing his model yachts in Bedford.

Latterly, John became very weak, following hospital treatment earlier in December. He appeared to be making a recovery and had moved into residential care but his death came peacefully over the weekend.

The funeral will take place at 1:45pm on Wednesday 30th January at Bedford Crematorium. Family flowers only. Donations if desired are for Prostate Cancer UK and may be made via www.memorygiving.com