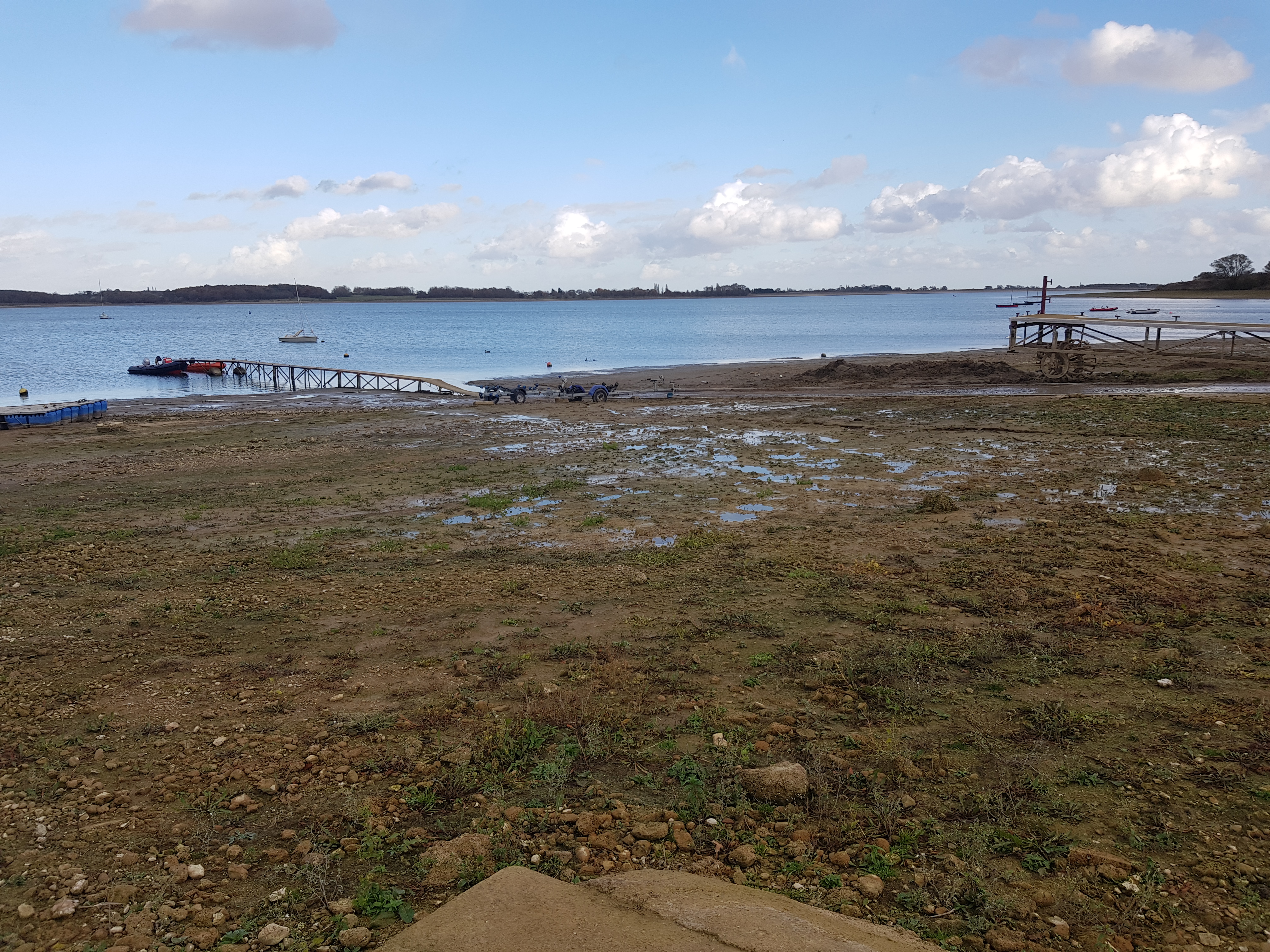 As many club members are aware, the water level in Grafham Water is low at the moment, leading to difficulties launching and recovering dinghies and catamarans. The Club has been in communication with our landlords Anglian Water over recent weeks about this.

Due to the long dry summer, the flow rate in the river Great Ouse, which is where our water comes from, has been low, causing problems with pumping water in. Anglian Water have taken advantage of this to carry out essential maintenance on the intake area at Offord Cluny. This is planned to be completed next week, but the pumping will still depend on the water flow in the river. Meanwhile, Anglian Water are pumping water from Wing Water Treatment Works in Rutland to reduce the demand on Grafham Water.

Andy Taylor, our coxswain, has been taking depth readings around the reservoir. Some members will be aware that there are two ‘islands’ – areas where the water is shallower. In a drought in the 1990s these were almost exposed, as you can see. The one in the photo is by Halfway buoy and at the moment the depth there is 3 metres. The other is by Savage buoy and the depth there is 4 metres.

You are advised to avoid sailing between East Perry buoy and East Perry point as there is shallow water there.

A local farmer has brought his digger to the club  to clear mud from slipways 5 and 6. Except for slipway 8 the concrete extends out about 4 metres from the current water’s edge, so avoid slipway 8 and stay on the central concrete part of the other slipways for launching and recovery.