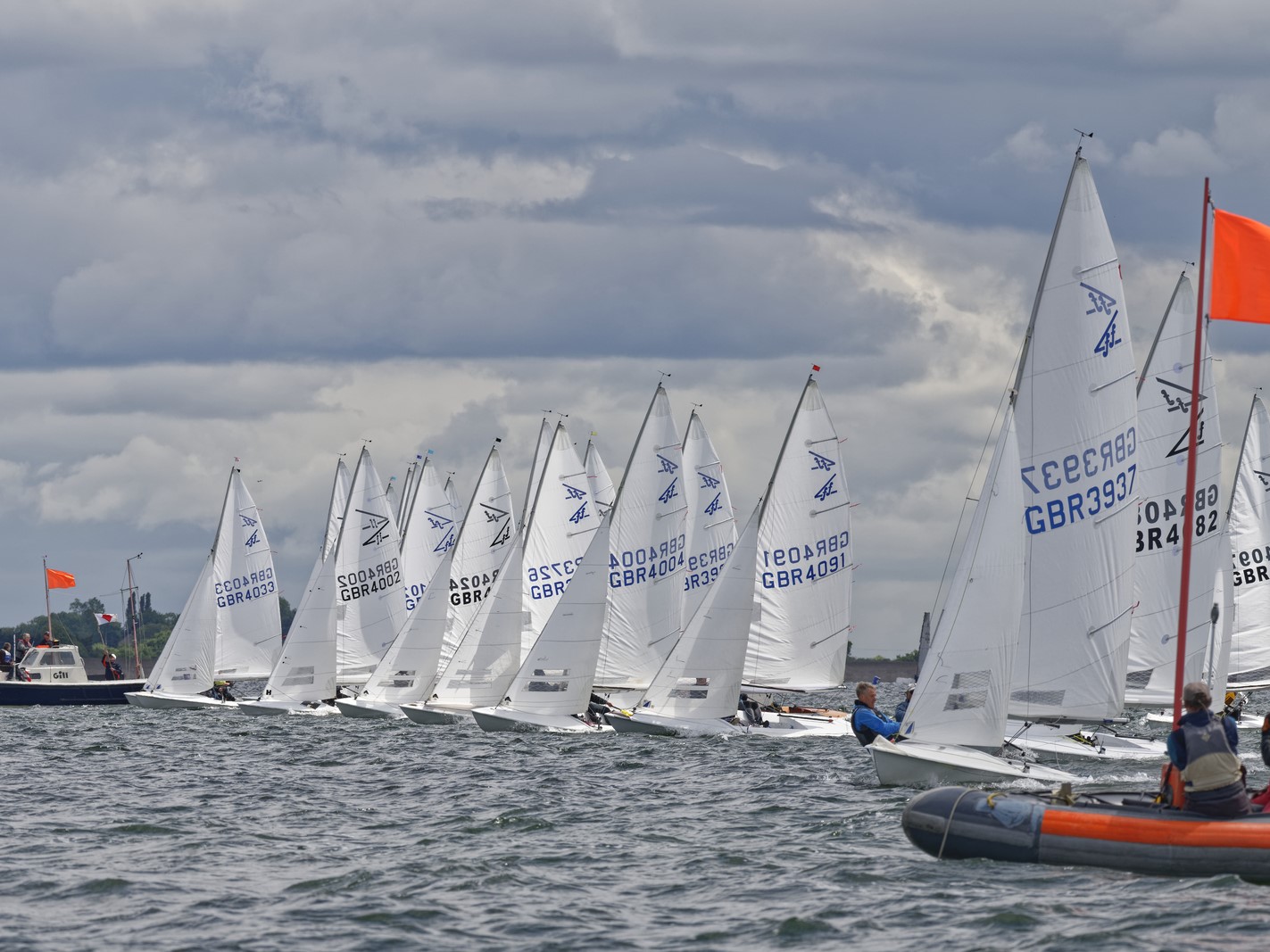 The weekend of 2nd-3rd July, the A1 is closed northbound from Wyboston to Buckden roundabout. To reach the club from the south, leave the A1 at Wyboston and follow the Great North Road. Go straight on at the first roundabout, do not follow the signed diversion. Go straight on through Eaton Socon past B&Q, Lidl and Aldi then fork left just after the George & Dragon pub. Go straight on past the Co-op to the Eaton Oak pub and turn left. Go through Hail Weston and into Great Staughton. Turn right by the Snooty Tavern and you will come into Perry with Chichester Way on your left. To leave the club you cannot join the A1 southbound at Buckden but northbound is open. To get onto the A1 southbound turn right out of Chichester Way at the Wheatsheaf in Perry and go straight on to Great Staughton, then turn left at the Snooty Tavern. Go straight on through Hail Weston and turn right at the mini roundabout by the Eaton Oak pub. Turn right at the next mini roundabout to rejoin the A1 southbound.

34 Boats arrived in glorious sunshine at Grafham Water Sailing Club for the Gill Flying Fifteen Inland Championships on 28th/29th May. The fleet included boats from Dublin and County Antrim who made the journey across the Irish sea and the boats ranged from the beautiful and exquisitely maintained “617” and “817” to the pretty much brand new “4102”. As a qualifying event for the World championships next year in Freemantle, enthusiasm was running high with the whole fleet launched early and ready for the first start.

The forecast for Saturday was light, northerly breezes and as the fleet assembled in the starting area at the west end of the reservoir, the wind was settling at 7-10 knots. Although the sailing instructions gave options for 3 different courses, OODs Nigel Denchfield and Phil Bevan had already advised during the briefing that windward-leeward would be the default option for lighter breeze. Keen to lay down an early marker, Ian Pinnell and Ian Cadwallader led the fleet at the first windward mark of race 1 and despite some snakes and ladders managed to secure their first bullet from Draycote pair Simon Patterson & Simon Thompson. Race 2 saw another Draycote pairing at the front of the fleet, this time Jeremy Davy & Martin Huett picking their way through the shifts and patches of breeze to take the second race from Justin Waples and Jackie McKellar in second and Richard Lovering and Matt Alvarado third.

By race 3, the OOD began to lose patience with the fleet’s over-enthusiastic starting habits and promptly produced the black flag after the first recall. 4 boats were sent ashore for early pasta before the fleet finally got away at the 4th attempt. Pinnell & Cadwallader made the most of the strongest wind conditions of the day to take their second race win, getting past Charles & Charlie Apthorp at the end of the last beat with GP14 maestros Andy Tunnicliffe & Andy Smith completing the top three.  (Interesting fact from the Race Officer- one boat he never spotted on the start line before the gun was Ian Pinnell/Ian Cadwallader’s…..mmmmmm…might be something in that !)

Sunday’s forecast was for a slightly stronger 8-15 knots and a similar northerly direction. And in fact it was blowing 20 knots straight out of north as the fleet launched. First out of the blocks were Richard Lovering and Matt Alvarado with Shane MacCarthy and Adam Froggart second and the ever consistent Pinnell and Cadwallader 3rd. Race 5 produced yet another different race winner – Burghfield Sailing Club’s Ian Linder & Kevin Sweetman sailing off into the distance with the Apthorps holding off MacCarthy and Froggart for second. A 5th place for Pinnell & Cadwallader was enough for them to secure the title with a race to spare and never ones to turn down an opportunity for an early finish, they headed ashore to rehearse their speeches and do their makeup. Meanwhile back out on course the wind was getting tricky to read. Huge shifts and big pressure differences were producing massive gains and losses throughout the fleet. Lovering and Alvarado seemed to have it mastered though, winning the final race from Hamish McKay and Adam Lawson. Crucially this second race win for the Hayling island duo was enough for them to secure overall on countback from Jeremy Davy & Martin Huet who had to settle for third overall on this occasion.

The classic boats had great racing on day one, but with the strong northerlies the two older boats decided not to launch, Mark Greer and Andrew Connellan from Middle Nene taking the overall win.

In the silvers, Jordan Aspin and Jason Benn in 3130 took the top spot.

Quote of the day from one of the competitors between races “Loving the Flying 15….fantastic racing”

A Tale of Two Tractors

Those of you who have visited the Coxswain’s shed in the past few months may have noticed that the club has a shiny new (to us) tractor. Our previous tractor had served us well for many years, but was starting to become more and more unreliable, so the search was on for a newer one. This took a while, as the type of tractor we need is more suited to the Welsh hills or moorland country than the wide open spaces of East Anglia.

However one was found and after a service and being fitted with a new boom it took up its post outside the Coxswain’s shed. Meanwhile the ‘old’ tractor was taken away for a major overhaul and on Monday 9th May it made its triumphant return to Grafham on the back of a low-loader. The plan now is to alternate the two tractors on a weekly basis and also will allow us to double up launching/recovery activities at busy times. Many thanks to Andrew Lawman for managing the process, welding and delivery activities.

Our longest serving committee boat, beloved of many, Grafham Belle, has spent the last two and a half years in the maintenance tent next to the Coxswain’s shed. She needed major work to keep her afloat and with huge thanks to Gordon Oscroft, Tim Berridge and Adrian Rose, she was relaunched to run club racing on Sunday 1st May. Major repairs were carried out to her hull, including fitting a new keel band. The cabin was removed and replaced and all the mechanics and electrics were overhauled. A new coat of paint inside and out completed the job.

A gathering outside the Coxswain’s shed marked the relaunch occasion, with Gordon, Tim and Adrian each being presented with a bottle of their favourite tipple.

GWSC and Gill have announced a new and innovative partnership.

Twenty-nine boats entered the eighth Easter Egg Regatta, sponsored this year by Gill, on the Friday and Saturday of Easter weekend. The sun shone, but on Friday the wind refused to blow. There were three fleets: Optimists, the Optimist Regatta fleet and a Handicap fleet made up of six Laser Radials, two 2000s, a Laser 4.7 and a Topper 4.2, all members of GWSC’s Team Grafham.

After a postponement, Race Officer Nigel Denchfield managed to get one race away before sending the fleets back to shore.

Saturday dawned with much more promise and the fleet set off promptly for a 10:30 start in the first of four races. The generous prizes donated by sponsors Gill, and the prospect of the best Easter eggs for the leaders led to keen racing in all three fleets.

In the handicap fleet, Adele Burbidge dominated in a Laser Radial, taking three first places ahead of Matthew Donley. Grafham sailor Jacob Jull was the overnight leader in the Optimist fleet and also won the final race, but three wins by Will Mears of Corinthian Otters saw Will take the overall first place.

The Regatta fleet was dominated by Ruby Coster from Royal Lymington YC who won every race.

No-one went away empty handed as there were Easter eggs for all participants.

Grafham Water SC again hosted the Cam Cup on 26th/27th February. This event is organised by Cambridge University Cruising Club who can regularly be seen honing their team racing skills on the lake. The Cam Cup is an annual invitation team racing event, and this year 21 teams competed for the coveted trophy which was won by Rutland SC. Read a full report of the event here and view the dramatic photos taken by our photography partner Paul Sanwell here.

The 2022 Seminar was hosted by Andrew Lawman, Nigel Denchfield and Roy Harold on 12 February and was attended by 10 race officers and 12 rescue drivers. Topics on the agenda included safety incidents at GWSC and nationally, drysuit care, how to rescue wing foilers and correct radio procedure.

Nigel ran a refresher session in the afternoon for Race Officers, and a practical refresher day will be held on Saturday 9th April for adults with a youth refresher the next day on 10th April.

After the discussion came dinner consisting of Lisa’s lamb curry (the best meal she makes in Andrew’s opinion) or garlic chicken or veggie curry, followed by apple pie or sticky toffee pudding.

Andrew has made a video highlighting the activities of race officers and rescue drivers, which you can watch here. If you are interested in learning more about becoming a race officer or rescue driver, or other volunteering opportunities at the club, please visit this page

The Ovington Inlands, open to all boats of the Musto Skiff, 505, Phantom, OK and Flying Fifteen (but not necessarily Ovington built) classes, took place on 19th-20th March.

Click on the following links for Photo Gallery and final results.

Chris Brown has made a great video promoting the club and its Solo Fleet. It features interviews with club and national Solo sailors and great footage of the fleet on the water.

Congratulations to Tim Evans, winner of the New Year Regatta in a Laser Radial. Second placed were Matt Reynolds and Olly di Bartolo in a 4000 with Simon Kneller and Ashley Painter third in a Flying Fifteen. Forty-two hardy crews ventured out in windy conditions to sail three races on a variety of courses on Sunday 2nd January.

The results for the Regatta can be found here and you can read a full report here. See the event photo gallery here.

You can read more details about the new website and how to navigate it here.

Here are a few pointers to help club members particularly to get the most out of the site.

Firstly, top right of the Home page just underneath the banner photo, is a very useful area. It contains a direct link to the Members’ Dashboard and also a ‘stop press’ list of latest items of information. Important updates will be published here, usually with links to more information.

The Members’ Dashboard is designed to make life easy for you. At the top it includes direct links to all the most important pages across the site, allowing you to sign on for club racing, see the latest results, go to DutyMan to sign up for a duty or see the current DutyMan vacancies, check what the club Safety Flags mean, sign up for coaching and check the current club opening times.

Below that it brings together the two most popular areas of the Website, namely the Webcams and the Weather data, which between them account for about 95% of all visits to the site. This includes links to the local weather forecasts and the dials and graphs of current and recent weather conditions.

So the Members’ Dashboard gives you one-click access to all the essentials that club sailors need.